skip to main | skip to sidebar

Laurel started 6 grade this year at a brand new school. She's trying out for volleyball and seems to like her teachers. Hopefully she'll make new friends soon.

Brant started fourth grade this year. He likes his teacher and we'll switch teachers everyday for science and math. Brant is so easy going.

Laney finally started kindergarten. She couldn't wait for the day to come. When mom asked her how her first day went, she replied, "It was kind of boring." Mom thinks she expected kindergarten to be one continuous birthday party. Knowing Laney she'll still find a way to have fun.

Todd celebrated back to school by going on a field trip with Bowen to the butterfly garden. He loved playing in the water and looking at the flowers. The gift shop was a big hit. 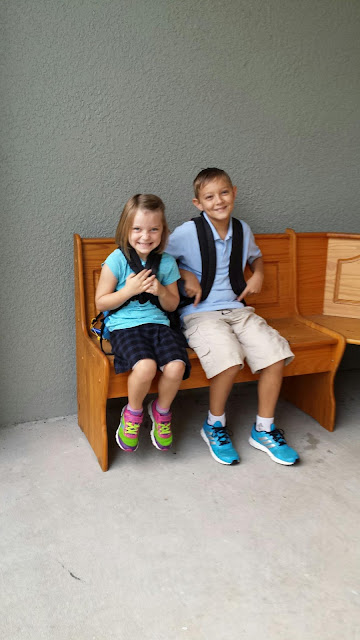 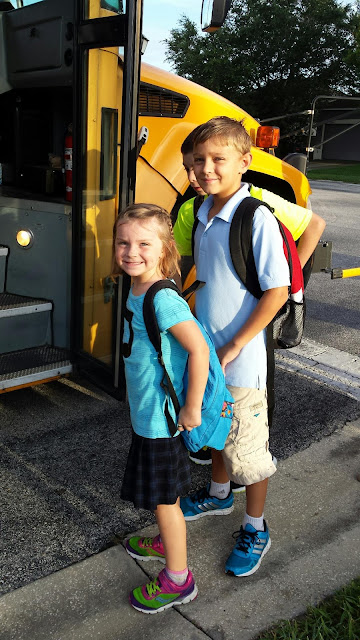 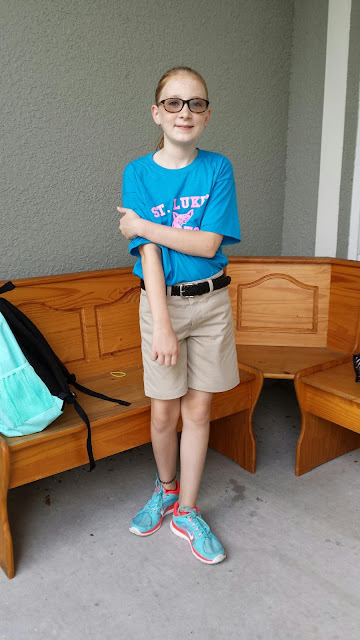 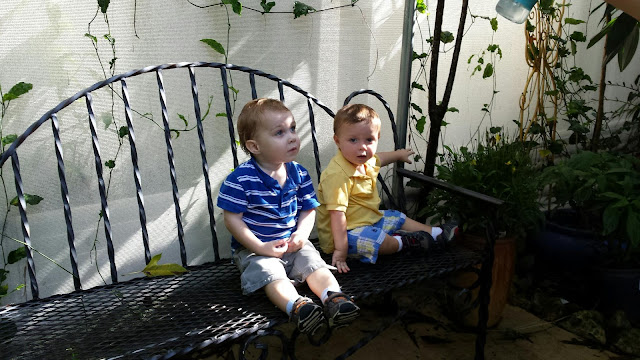 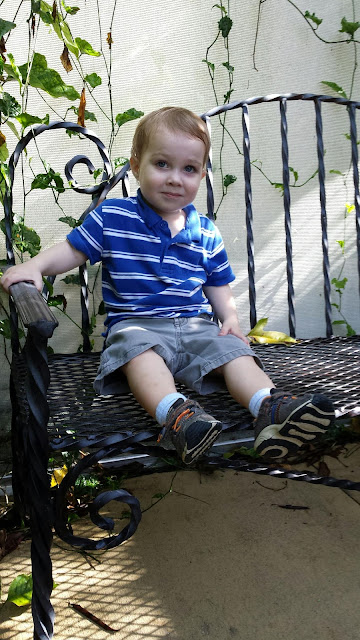 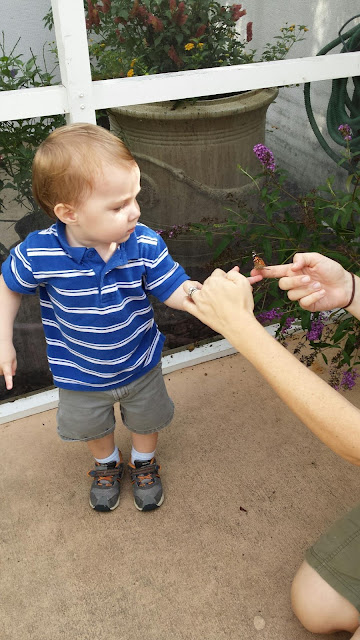 Todd still had his baby hair which included a long curl on the back of his head.  Dad begged for him to get a hair cut as the shaggy unevenness looked ao sloppy. Today we did it.  Todd was a champ and didn't cry or scream.  He wiggled a bit but overall did fantastic for a first haircut! 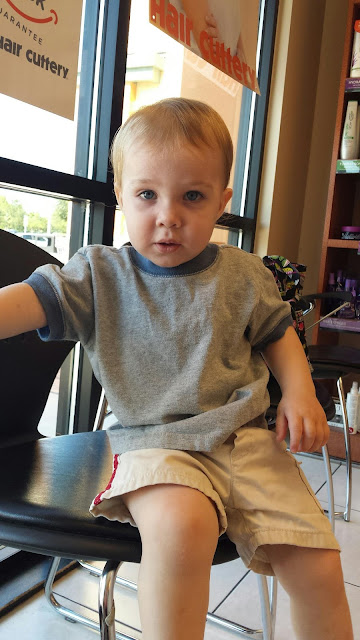 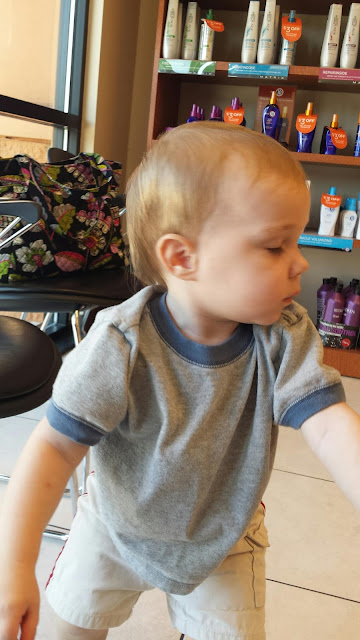 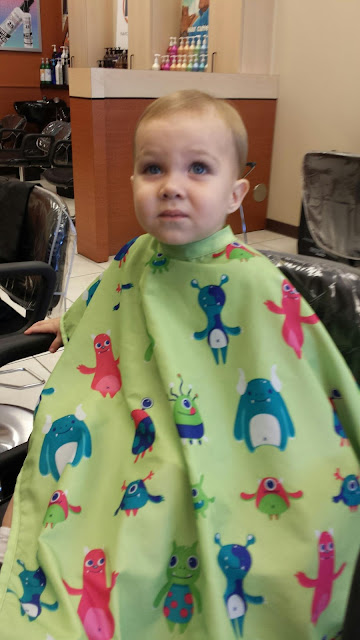 GIRL BOINGS INTO NEXT YEAR

Laurel celebrated her birthday with three friends at Boing and Chick-fil-A. G.G. and Mom came along to watch.  It's hard to believe it's been 11 years since she was born.  Laurel is very responsible. She loves to cook and often makes breakfast for the family on the weekends. She is still competitive and athletic. She loves to sing.  Laurel loves baby Todd. His first name of the kids that he learned to say was Laurel :"Wo wo". She is so kind and gentle with him.  I love Laurel and can't wait to see what the coming year holds for her. 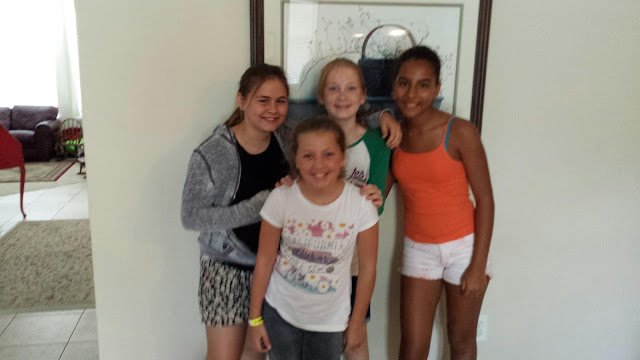 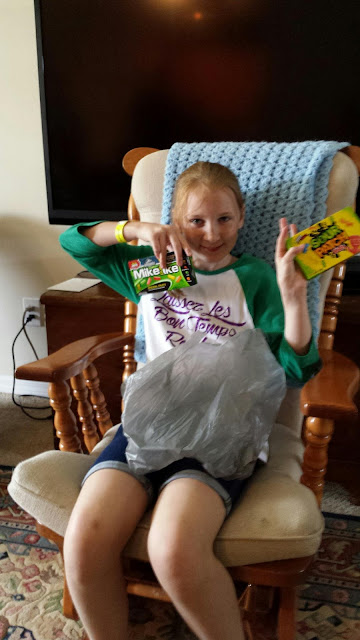 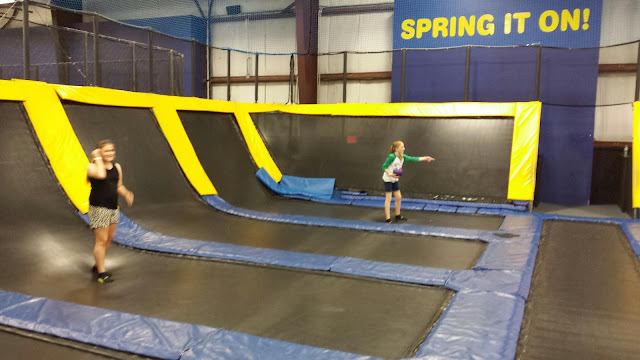 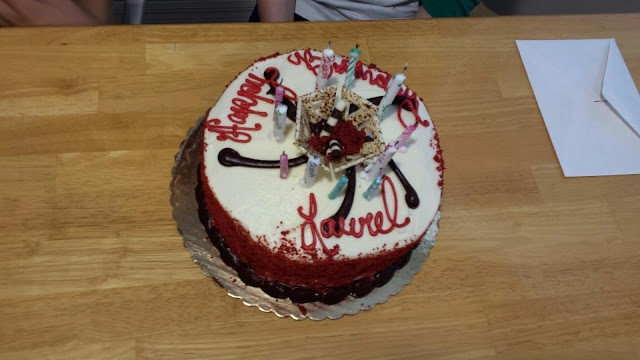 I cut my foot on the facade of the oven drawer. The bleeding lasted all morning so we headed to the urgent care after church.  About an hour and ten stitches later, I hobled out of the office with a surgery shoe and instructions to keep it clean and dry.  The stitches will come out in 10 days. Ouch! 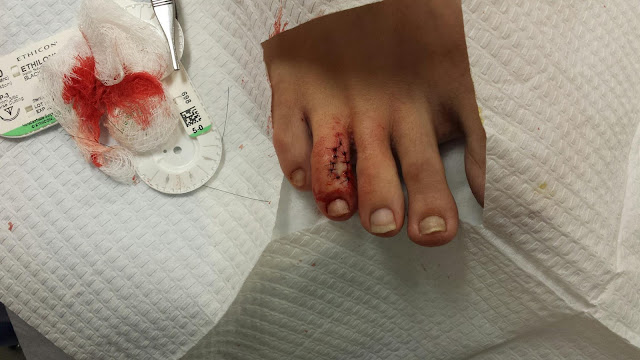 Brant took a leap of faith yesterday and bore his testimony in fast and testimony meeting yesterday. He has practiced at family home evening for a while. He and Mom reviewed the FHE lesson on the pew and then he decided to go for it.  He said sitting up there and waiting his turn was the scariest part.  The microphone was a little high because he didn't adjust it for himself, but he did a beautiful job.  Dad and Laney were shocked to see him on the stand.  They didn't see him leave the pew to head up there.  Everyone was so proud of him.  Even a few friends told him , "Good job!" 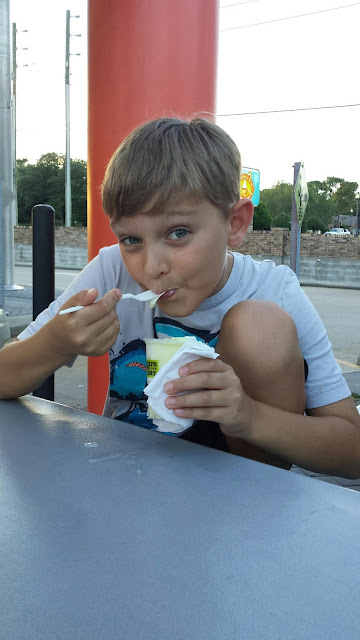 Todd doesn't love to get in the car, but he really loves to go for walks in the stroller, even in the house. Laney's friends don't seem to mind pushing him all around the house in the baby-doll stroller. He can climb in all by himself, occasionally getting his meaty leg stuck under a bar.  As of yet, he hasn't mastered getting out on his own, so he just yells until someone comes to rescue him. Then the process repeats.

In other Todd news, he almost always awakens in a cheerful, playful mood.  Mornings are generally his best time of the day.

He still loves his daddy and has learned how to say dada.  This week, as Brad tried to leave to play basketball one night, Todd had a meltdown.  He wanted nothing to do with the woman who nutures him daily, and would only stop his fits when passed into the arms of the provider.  Brad was blissful!  This is quite possibly the only time a Cupit child has refused the tender touch of his mother in favor of Dad.  Todd is full of firsts for this family. 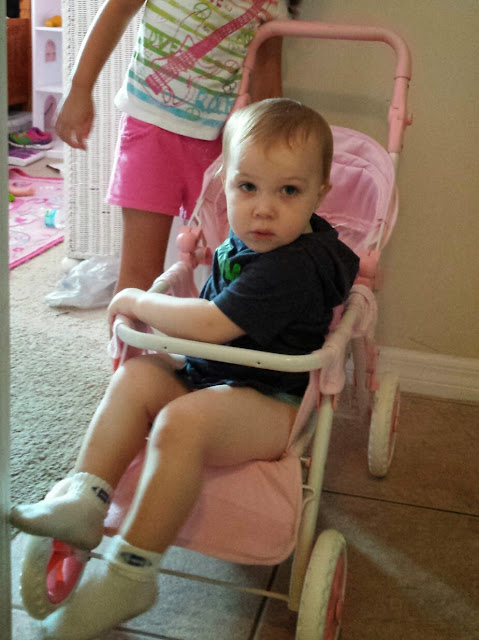 Mother's day is hard on dads when the mom stays up way too late the night before.  Brad had to wait for Maren to fall asleep before he could put out her presents.  And then, he had to take care of Todd on Sunday morning.  He handled it like the champ that he is.  He also gave me a gift that will last much longer than flowers and chocolate. ..a clean driveway. He spent hours and hours turning our driveway and sidewalks into a white sand beach! 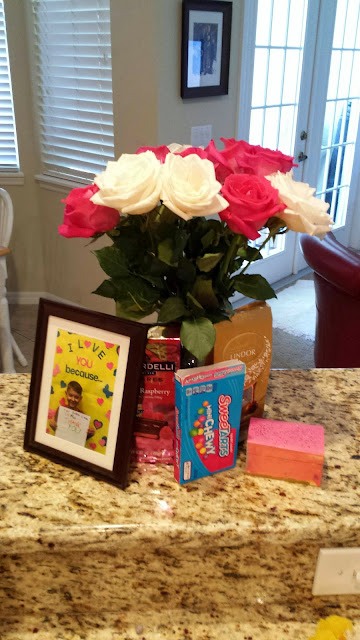 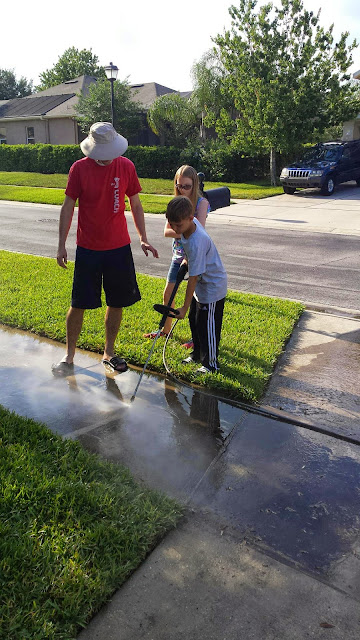 Want a free subscription? Details below!